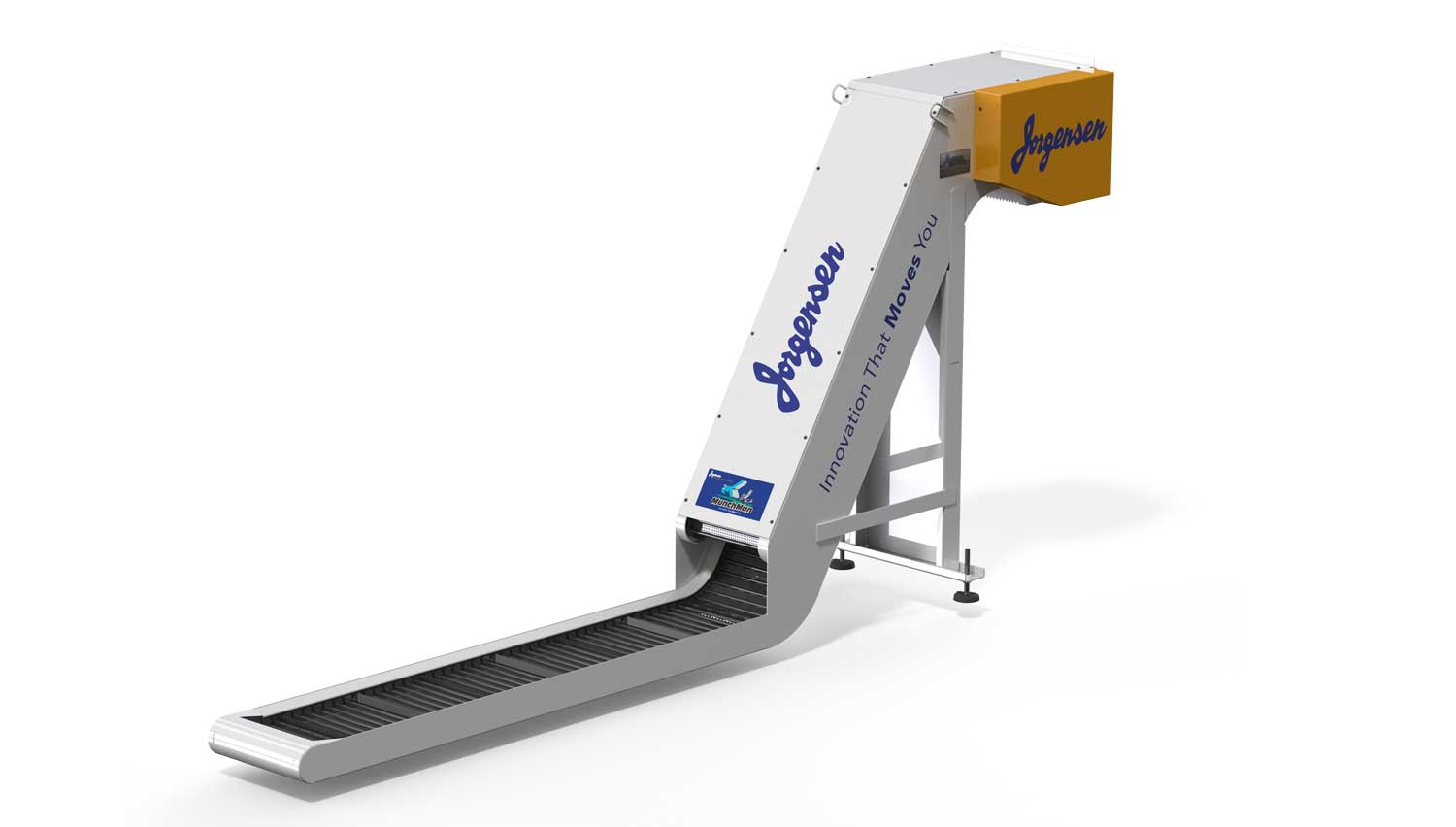 The MunchMan® is an improved release of a unique and very effective chip and scrap conveyor for the machine tool industry. The MunchMan® is proving to be the most successful way to manage the long stringy and bird’s nest chips generated by high speed turning and milling operations on the market today.

The MunchMan®II has been well received and is performing in our customers’ facilities. When asked, one customer says, “All is well with the MunchMan®. The operator for that machine loves it. We have put it through the ringer several times and it did great!” Another said, “We are Loving it! So far, absolutely no breakdowns and it has spit out large watermelon sized stringers.”

“The physical effect of two moving belts compressing and moving the difficult long stringy chips and larger chip volumes is dramatic when compared to traditional single belt conveying systems,” says Friedrich Bitterwolf, Director of Engineering. The MunchMan® II can be designed to effectively fit into most of today’s CNC lathes and machining centers, and has little or no effect on the space required vs. traditional single belt chip conveyors.

Categorised in: In the Press